Maxta out of Stealth Mode

I recently had the opportunity to check out a new product called Maxta.  If you’re not familiar with the company yet, that’s ok as it’s just now hitting the market with some vigor.

The Generally Available (GA) version of Maxta is a software-centric solution that make the most out of storage all ready available on your servers.

Maxta takes local storage on your ESXi hosts and creates a VMware datastore out of it.  At first glance it’s hard not to immediately compare it to VMware new VSAN solution that is coming soon.  Aside from the fact that Maxta is available right now, there are some other major differences.

Maxta architecture makes copies of data to multiple hosts in order to protect against a host failure, but not all hosts must have local storage.  The Maxta Storage Platform (MxSP) first looks to see if the local host has the data stored, if it does not, it looks to an adjacent host.  A host without local storage can still participate and have VMs residing on a Maxta datastore but will look to an adjacent server for the data.

I got an overview from CEO Yoram Novick and one of my first questions was, “What happens to the virtual machine disks during a vMotion?”  Not surprisingly, the answer is , “Well, it depends.”   The reason for this very standard IT answer is that the algorithm looks to try to determine why the VM moved in the first place.  If it moved due to DRS, there is a good chance that a copy of the data is already on the host the VM was moved to so there is no issue.  If a VM was moved because a host was put into “Maintenance Mode” the data may not be copied to the new host because there is a decent chance the VM will be moved back.

There is no user interface for the Maxta solution.  The Interface is a plugin that integrates directly into the vSphere C# client or the Web Client.

If you’re wondering how the pricing works, its totally based off the amount of storage used by MxSB. 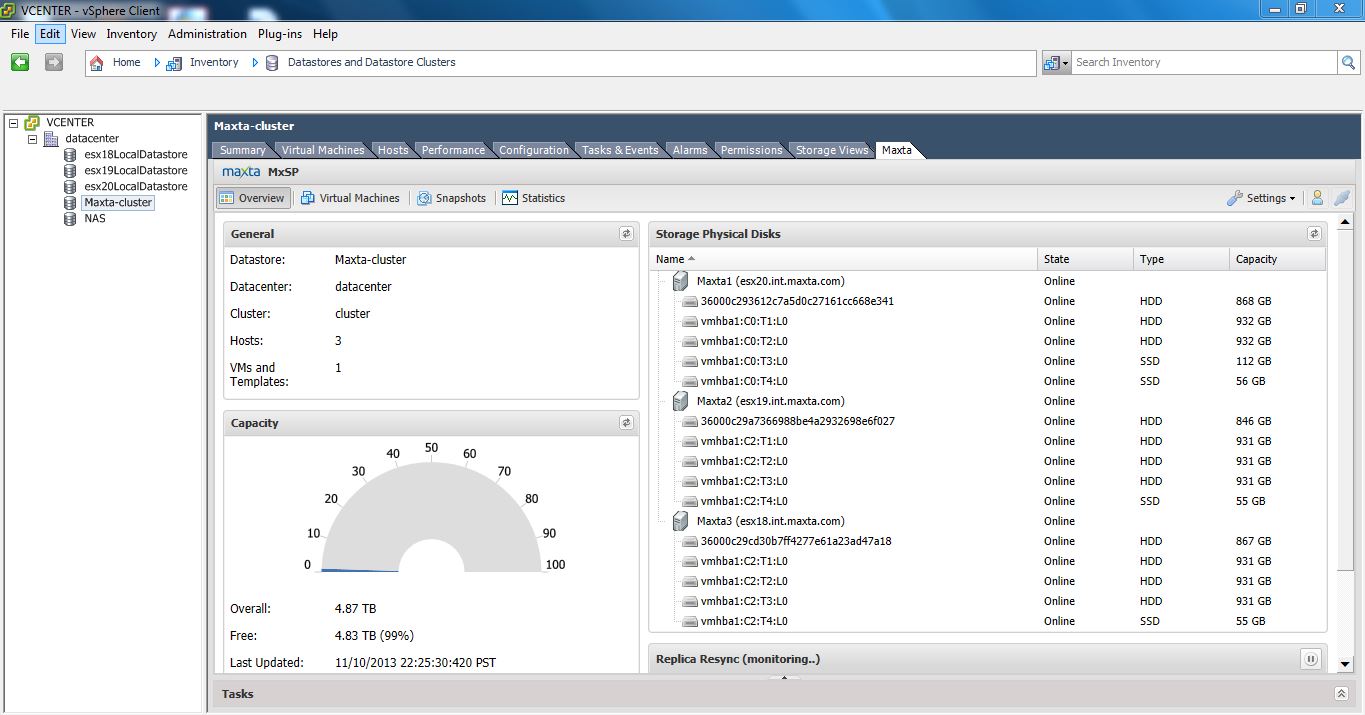 I think one of the best things about this solution is the fact that Maxta doesn’t worry about managing the datastore, so much as the Virtual Machine itself.  Many storage devices can take VM snapshots, but end up taking a Snap of the entire volume or LUN.  Maxta focuses on the VM itself as the storage unit, similar to Tintri. 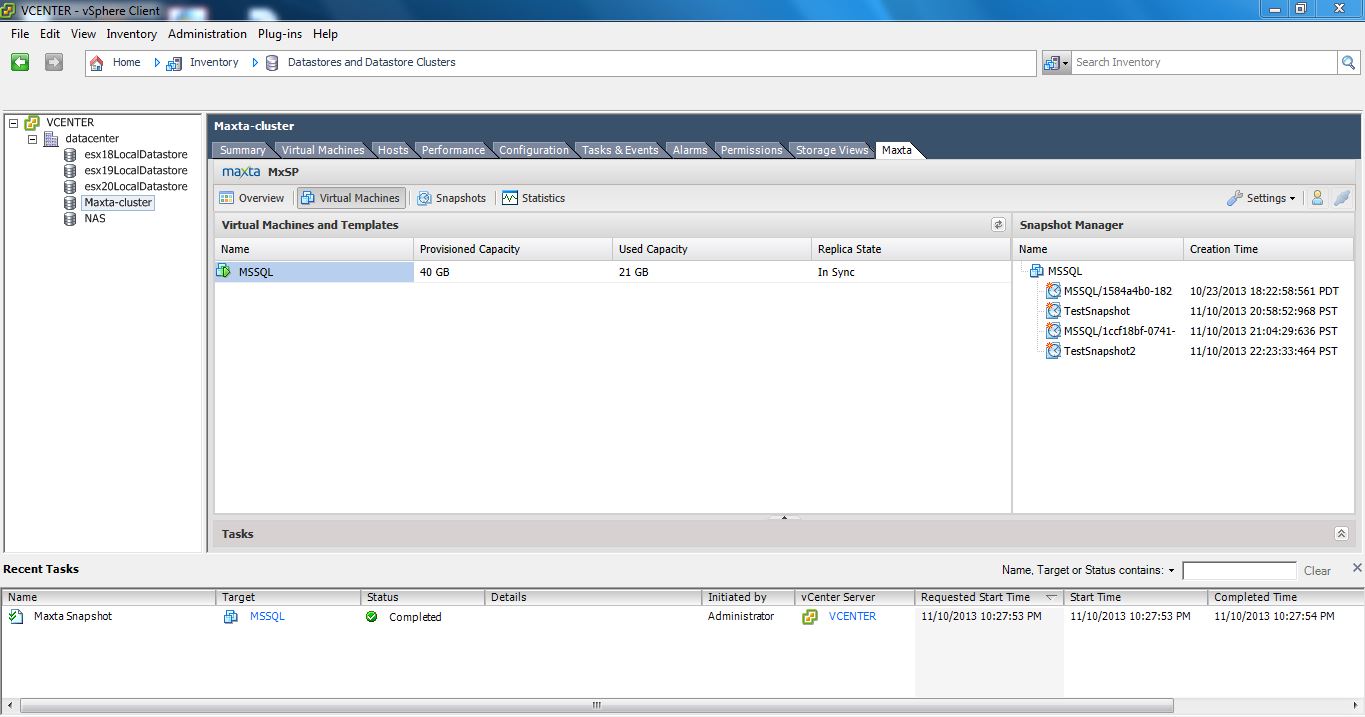 Chris Wahl has also written a recent post about the company and I invite you to check it out here.

Go to their website and sign up for a demo or free trial and test it for yourself.