Azure scale sets are a way to horizontally increase or decrease resources for your applications. Wouldn’t it be nice to provision a pair of web servers behind a load balancer, and then add a third or fourth web server once the load hit 75% of capacity? Even better, when the load on those web servers settles down, they could be removed to save you money? This is what an Azure scale set does. Think of the great uses for this; seasonal demand for a shopping site, event promotions that cause a short spike in traffic, or even end of the month data processing tasks could automatically scale out to meet the demand and then scale in to save money when not needed.

In the Azure resource manager portal, browse the services and click on “virtual machine scale sets” item. From there, enter in the information below for the set. 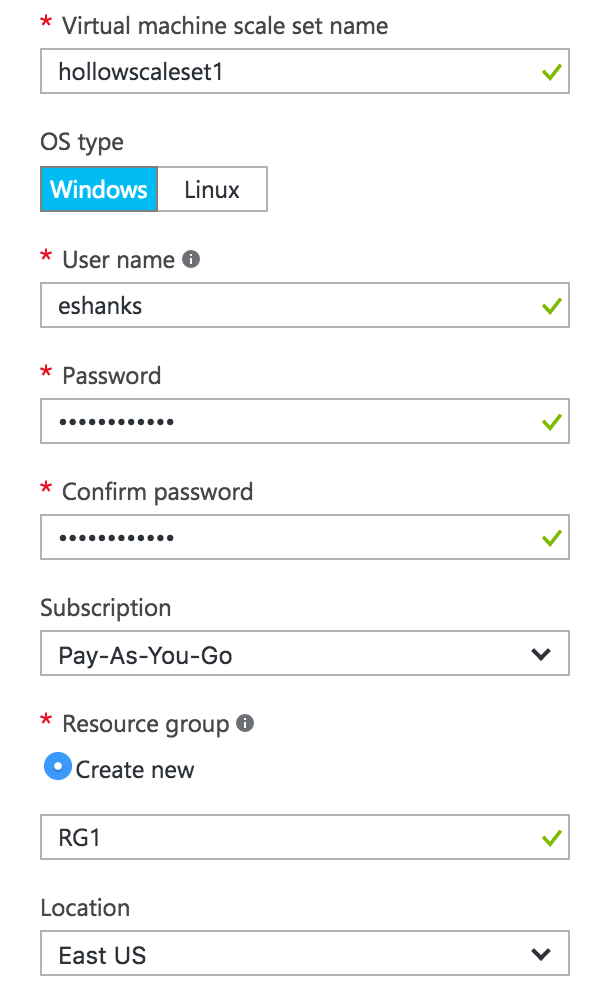 On the next blade, we’ll need to enter some information about what will exist in the scale set and some logic to determine when to scale out or in.

The next blade we’ll need to review the summary after it has passed all of the validation checks. 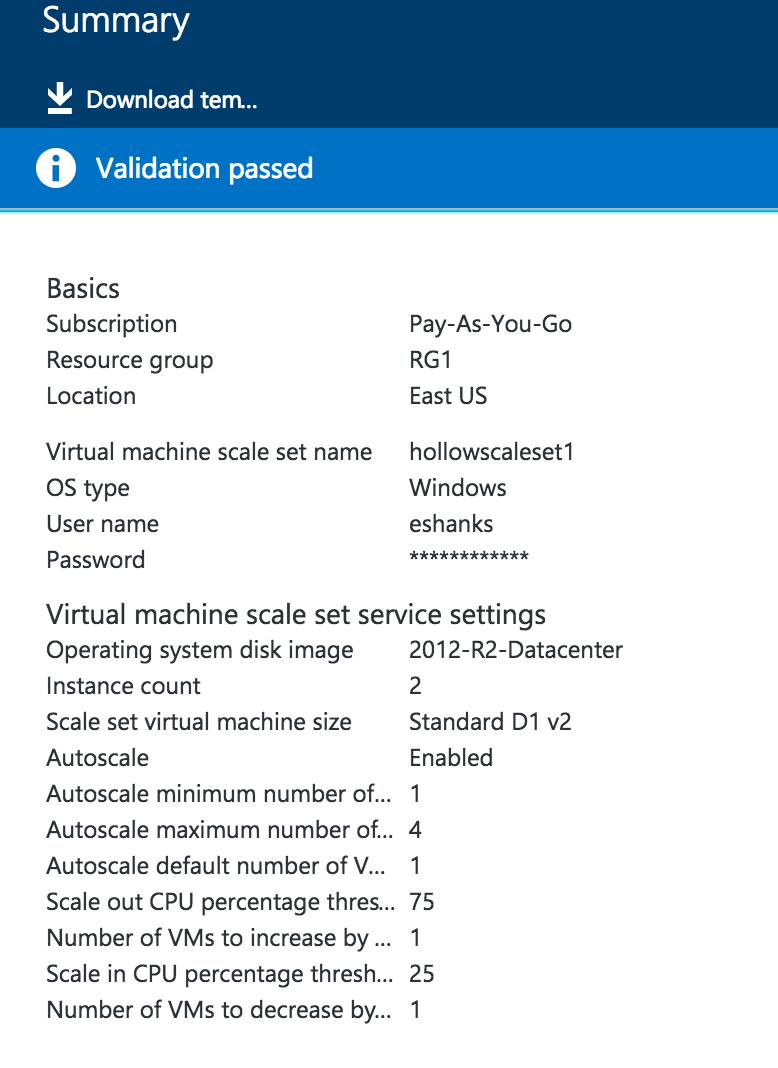 The last blade will requires us to accept the terms of use and purchase the services. 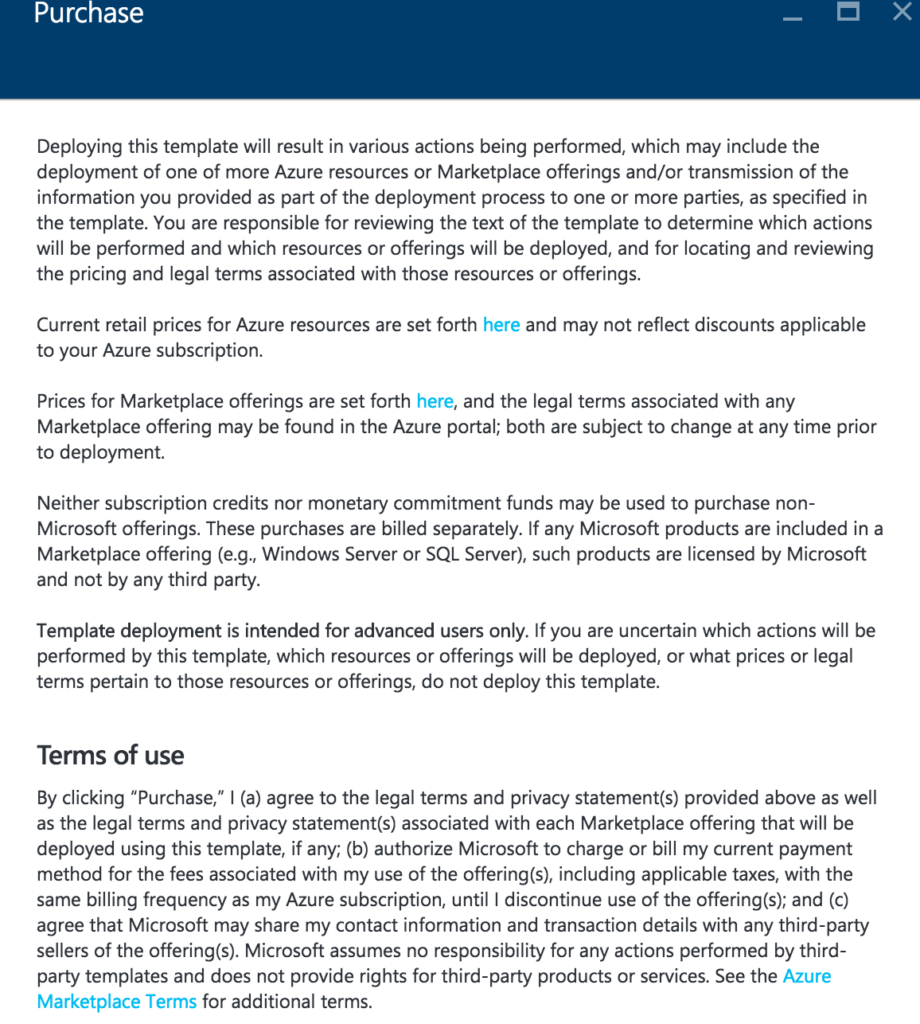 Click Finish and your scale set will be created in the Azure Resource Manager portal.

A Farewell to VMUG