Today at AWS re:INVENT, Amazon had several new product announcements which is not uncommon for the company but one in-particular raised several eyebrows. Amazon has been working very hard to make machine learning much easier for people to use. Typically, understanding machine learning has taken great expertise and a relatively small number of people even attempted to learn these concepts just because of the complexity. That is all changing thanks to some of Amazon’s more recently announced services such as Amazon Sage Maker.

The biggest announcement (in my mind) was the AWS DeepLens product, which is a deep learning camera that can be programmed out of the box in less than 10 minutes! 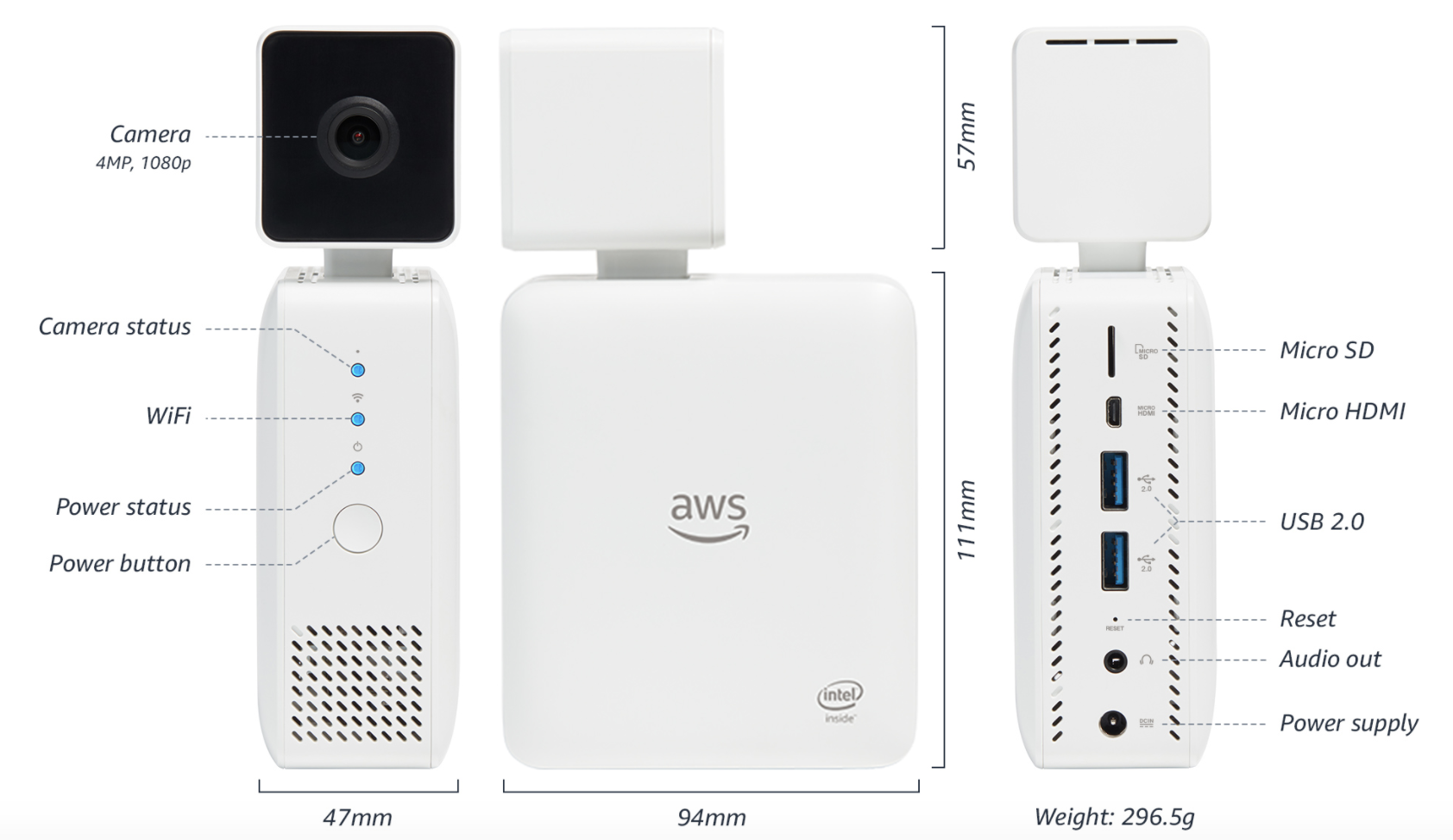 I’m sure the 10 minute statement is for some basic programming and to do complex stuff it will require more time, but this is a considerable jump in technology, and with that, comes some concerns. To understand more about the possibilities, AWS CEO Andy Jassy, used two examples of things that could be done with the new camera:

Very neat huh? With this $249.00 camera you can open up a whole new world of possibilities that we couldn’t programmatically access (very easily) in the consumer market. What would you use the camera for?

The camera will allow us to programmatically take actions on everyday events that it witnesses. These capabilities could really enhance our lives in a number of ways that I’m sure I’m just scratching the surface of in this post. Think about security concerns that this camera might help to alleviate? The U.S. has a bit of a gun problem and mass shooting seem to be on the rise. School shootings are of particular concern for me, having a school aged child and being husband to a teacher. Schools could have these cameras scattered throughout the school and at the entrances. If the camera notices a gun, alerts can be triggered to put the school on lock-down, alert authorities or other safety precautions.

Police brutality has been a problem in the U.S., as well. Police offers have been wearing body cameras to document incidents. What if that camera could alert others that a gun has been drawn or fired, by either the police officer or a criminal?

Unfortunately, with these great new capabilities, they may go too far and likely will. Where will these cameras infringe upon our own personal privacy? Will these cameras be used to prevent vandalism of public restrooms? No, don’t be silly, we won’t go so far as to put them IN the restrooms, but the camera might be watching the outside of that restroom and logging who goes in and when. Would you like someone knowing how many times you used a restroom in a day and when?

We can imagine these cameras in department stores, watching our every move, storing a profile for our faces and logging our reactions to certain products. Do we really want these relatively inexpensive cameras tracking all of this data about our behavior?

The places that we’ll feel safe from prying eyes just got really small all of a sudden.

The Both Good and Bad

The biggest concern in my mind is that there are applications for this that have good purposes but also bad consequences. How about this example. Sexual predators in the U.S. have to abide by Megan’s Law which states requires them to do paperwork to register and have their neighbors notified. Regardless of what we think of that law, consider what might happen with the DeepLens camera. Could sexual predators be required to wear one of these? The camera could send alerts based on any contact they had with someone under-aged or that met a specific profile.

Perhaps that’s good for public safety. Perhaps it’s a total infringement on personal rights to privacy. I can’t answer this question and I don’t have the answers. But I’m also concerned that the people who make the laws and run the government won’t know how to regulate these things. These are hard questions to answer.

From an engineering perspective, this  might be the neatest technological thing I’ve seen in quite a while. I already have ideas for updating my smart home and to watch my cat so he stays out of trouble (don’t ask). But from a sociological perspective this is a truly terrifying thing. Smart devices that can make decisions based on what they are seeing seems very much like skynet from those terminator movies with Arnold Schwarzenegger.

I don’t want to say that we shouldn’t make these devices. You cannot roll back progress either. Someone was able to create a product that people will want. We can’t say that we won’t use it because of some risks. The best correlation that I can make with this new technology that may have great consequences is that of a nuclear bomb. The engineering was amazing to create such a powerful weapon and it was cool. The consequences of doing that though were grave to many people and still haunt us today. Will this new technology forever change how we appreciate privacy or miss it?

I’ll leave you with a famous quote from the father of the atom bomb, Robert Oppenheimer.

Now, I am become death, the destroyer of worlds.

What do you think? Leave your comments at the bottom of the post.