In today’s world, if you can get an Internet connection, you can go anywhere and connect to any service that is publicly available. No restrictions are imposed and you can use the entire amount of bandwidth you purchased from your Internet service provider. This is the world under Net Neutrality. To illustrate this point further take the following example.

If you purchase a 25Mbps circuit from Comcast or AT&T, you can use all of that bandwidth, assuming the service on the other end is also providing 25Mbps or better.

The diagram below shows an incredibly simple diagram of how a request over the Internet works. On the left, a requestor such as a person surfing the web is trying to download content from a public server on the right. Each of them have different amounts of bandwidth so the slowest connection in the chain determines the download speed.

This is how the Internet currently works in its most simplistic form under Net Neutrality. But what if we get rid of Net Neutrality like some people are lobbying for, including the head of the FCC? I’m glad you asked. If the Internet is no longer neutral, the people who provide Internet access such as Verizon, could artificially limit traffic between two points. In our very basic example, we can see that the requester and public servers still have the same amount of bandwidth but the service provider can limit the bandwidth to a smaller amount for about any reason they choose.

Why would a telecom service want to artificially limit the speeds to certain site? Well, for one thing, they might be competitors. What if, hypothetically of course, your ISP was AT&T and they just limited your connections to one of their competitors like T-mobile. It might give you the impression that the T-mobile experience just wasn’t that good which might prevent you from trying out their services.

In another example, lets use public cloud as an example. Assume your ISP wants AWS and Azure to pay them money just to provide them unrestricted access to their services. One of the cloud vendors might refuse to pay that fee and the other might gladly pay them to keep them from preventing performance bottlenecks.

In this example, assume that AWS didn’t pay the ISP’s fees while Azure did. (Again, all of this is hypothetical and I’m not saying that this is what will happen, but it could without Net Neutrality)

The result, in our example, is that AWS is restricted to 5Mbps of bandwidth while Azure gets to use all 40Mbps of the bandwidth they’ve purchased. How does this affect the requester of those services? The requester in the last example will think that Azure performs better than AWS. Even if the requester knows the real reason why performance isn’t as good, they need to be able to access their cloud services quickly so they would be forced to use Azure to provide the experience that they need.

Now that our requester has selected Azure due to their higher performance, they’ll find that the prices Azure is charging may be significantly higher than AWS. This is because Azure is paying the Internet Service Provider a premium to keep them from throttling their Internet bandwidth. That cost has to be recouped so they have to pass that cost on to the consumer. In the end, the cloud providers provide either higher priced services or worse performing services and the customers are the ones who really suffer. 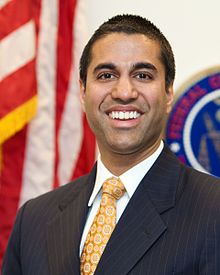 This is very speculative at this point. Net Neutrality is still in place (for now) and all Internet traffic is open. Even if Net Neutrality goes away, it doesn’t mean that Internet Service Providers will start threatening providers just to make a buck … but they could. With the vast amount of resources being pushed into public clouds, they would be prime targets for this sort of extortion. If I’ve thought of this, then you can bet the big ISPs will at least consider it, even if they ultimately decide to keep things fair.

There is no way to tell if Net Neutrality will be removed, and even if it is, will the Internet Service Providers exploit it to make a profit. My position is this though, the Internet should be open and available to anyone who can get connected to it. Artificially controlling what traffic is fast, slow, or doesn’t work shouldn’t be in the hands of the companies providing access to it. It wouldn’t make sense to buy a phone line but not be allowed to call my grandparents because the phone carrier didn’t want me to do so, and the same should go for the Internet.

What do you think? I’d love to hear your position in the comments.

NetApp at a Crossroads