I’m a big fan of Terraform from Hashicorp but many organizations are using cloud management platforms like Cisco UCS Director or vRealize Automation in order to deploy infrastructure. If you read my blog often, you’ll know that I’ve got some experience with both of these products and if you’re looking to get up to speed on either of them, check out one of these links: UCS Director 6 Guide or vRealize Automation 7 Guide. But why not use Terraform with Cisco UCS Director and have the best of both worlds?

Below is a configuration file that could be used with Terraform that will deploy a pair of EC2 Instances and place them behind a load balancer. You can see that the instances are deployed in separate availability zones and the instances are web servers that I created through “packer” which is another Hashicorp product.

In UCS Director, we’ll deploy a workflow that makes an SSH call to a linux machine that has Terraform installed and my configuration files stored there. You can see from the screenshot below that I’ve got the Terraform binary, the terraform config file and a variable file which is used to store the EC2 keys for the configuration file.

The UCS Director workflow will SSH into our Linux VM, create a new directory named after the service request in UCSD, copy the files to the new directory and execute a “terraform apply” to start the build. The full workflow is listed below and it only requires a single task. 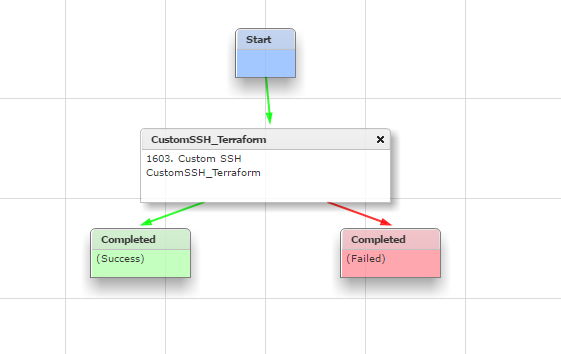 The task is a custom ssh task that you can download from the Cisco communities website. You might get away with using the out-of-the-box workflow but the custom workflow that can be imported includes a rollback section to “undo” the deployment later.

Below you can see that I’ve loaded a bash profile and will make a new directory “/root/terraform/{ServiceRequest}”. Then we’ll copy files and run the “terraform apply” command. If you look in the “Undo Commands” section we run the “terraform destroy” command and then remove the directory we created. 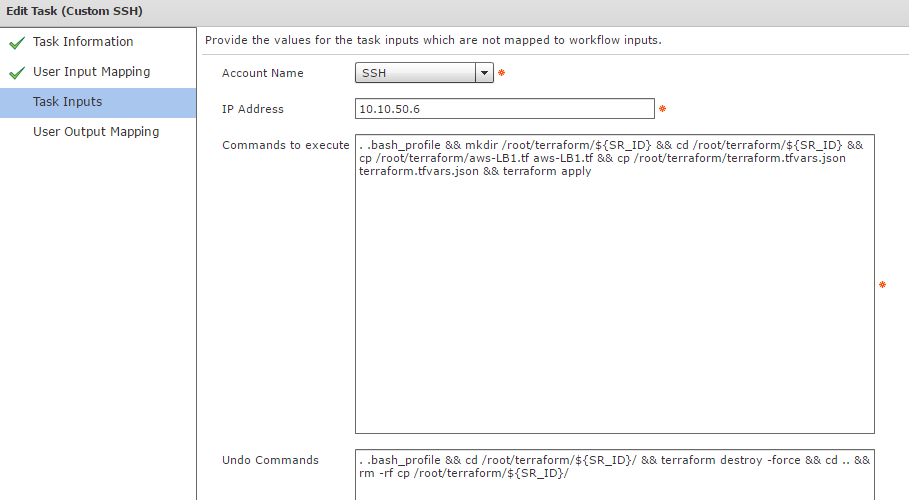 Looking in the AWS console, we can see that a pair of EC2 instances were created in different availability zones.

And a load balancer was created and added those two instances to it. 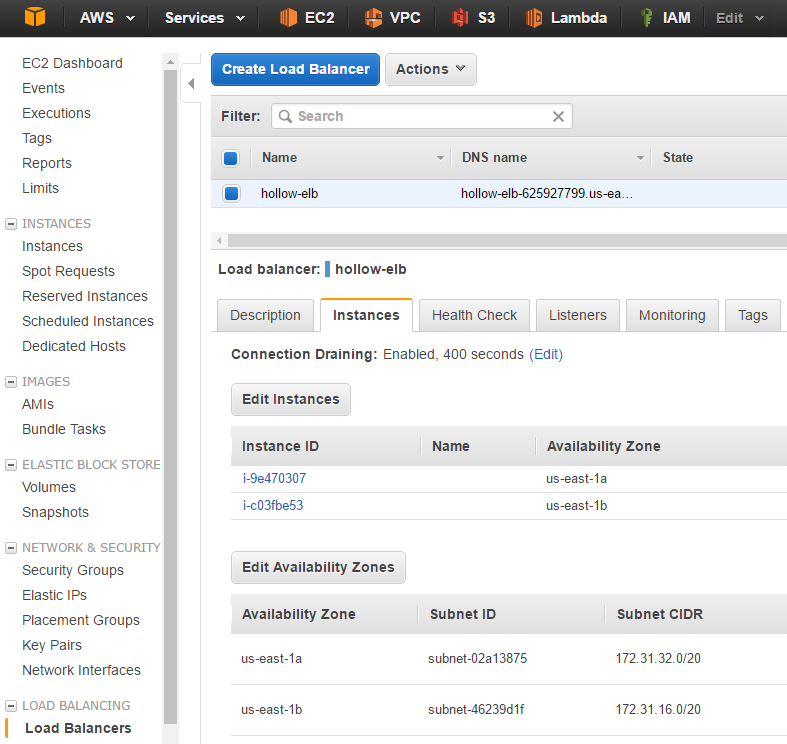 Thanks to the undo commands in the Custom SSH task, we can rollback the deployment which will terminate the two instances and destroy the load balancer.

Terraform is a pretty neat tool to use to define your infrastructure as a piece of code. If you combine it with an existing cloud management platform you can extend your capabilities even further.