Ubiquiti in the Lab

It’s one of those “first world problems” where you have either not enough wireless coverage at home, or you’re getting too much interference from the neighbors to have satisfactory wireless coverage.

I had an Linksys AC3200 providing all of my house’s wireless connectivity and for the most part, it did a good job. I have about twenty-five devices connected to it through wireless and all four of the 1Gbps network jacks filled up as well. Occasionally I found that I needed to restart the router but it was pretty good, no real complaints. However I did have it located in my office which is at the opposite side of my house from my bedroom, which meant some sketchy wireless over the 5Ghz band if working from bed which I did often. I’d have to switch over to the 2.4GHz band and then I was getting interference from neighbors. It was time to try something else. OK sure, I could’ve moved the router closer to the middle of the house, but let’s over engineer the solution instead right?

I bought a pair of the Ubiquiti UAP AC Pro access points and ran some cabling. I wanted to make sure that the entire house is covered so I placed one access point in the basement and another in the upstairs bedroom, on opposite sides of the house. Then I ran cat 6 cabling to the access points and connected them to a new Ubiquiti UniFi 8 POE-150W switch so I could power the APs over ethernet instead of having to have a power cable for each access point. I mounted my basement access point, patch panel and Ubiquiti UniFi switch to a piece of plywood and screwed it to the wall. 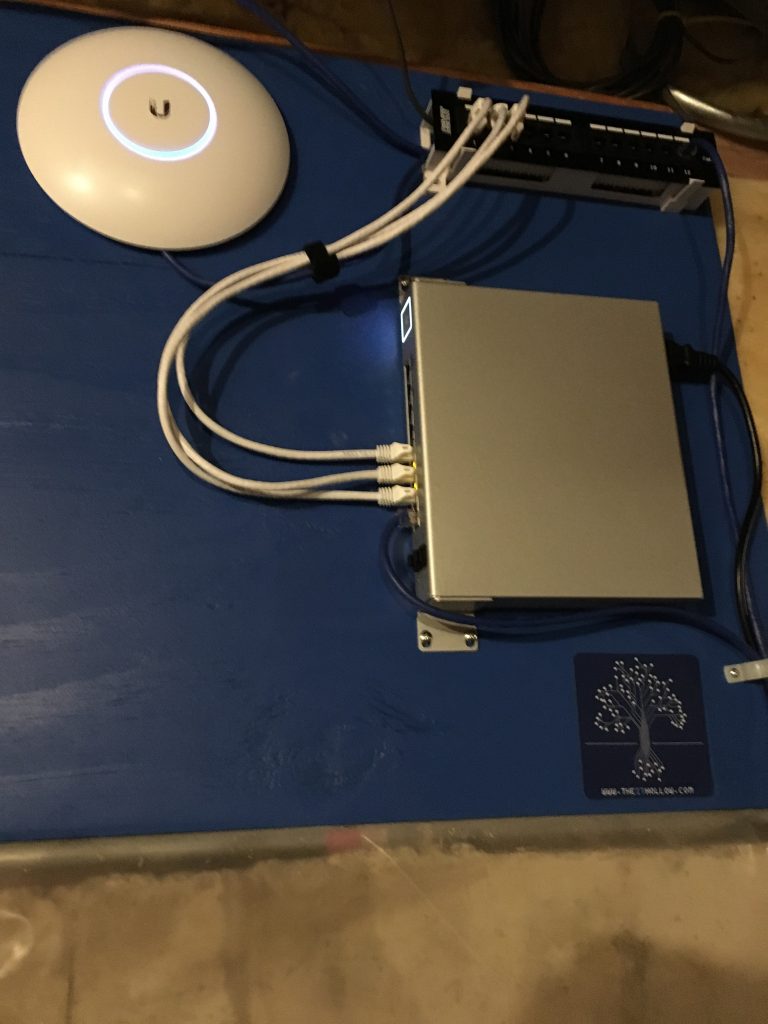 The Ubiquti Switch connects upstream through a new Ubiquiti UniFi Security Gateway (USG) so that I can firewall my wireless access off from my home lab. Yep, this is completely overkill, but it turns out that without this device you’ll see some missing widgets in the UniFi dashboard. Ubiquiti, you have a pretty annoying way of making me want more. Kind of like my cable provider showing me whats on the channels that I don’t have access too. Well played! My compulsive need to have everything perfect wouldn’t allow this, so I purchased the security gateway as well. The USG does deep packet inspection and having a firewall on both sides of my lab isn’t a horrible idea, but is for sure unnecessary. If you don’t have a firewall in your lab though it’s worth looking at and is very affordable. 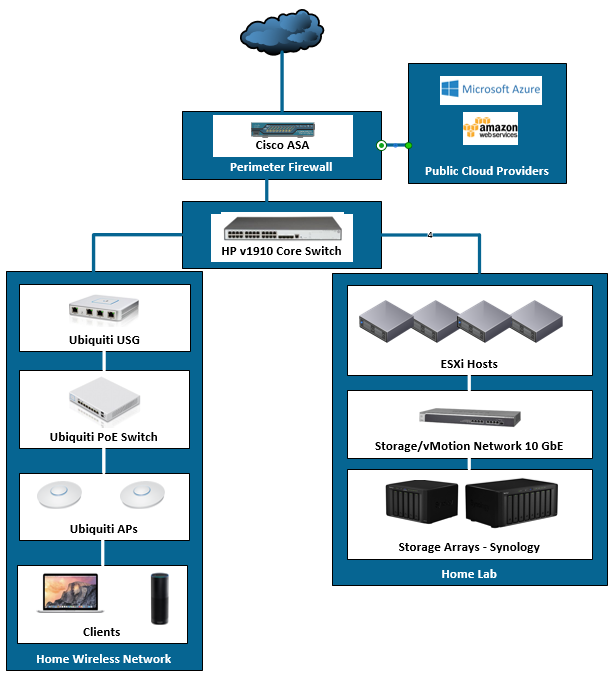 I’m very happy with the APs thus far and really impressed with user interface from Ubiquiti. Using a controller based solution for wireless comes with a few challenges but it does make it nice to manage all of the devices from a single interface. Deep packet inspection at a low price for the USG is a nice feature to have though. 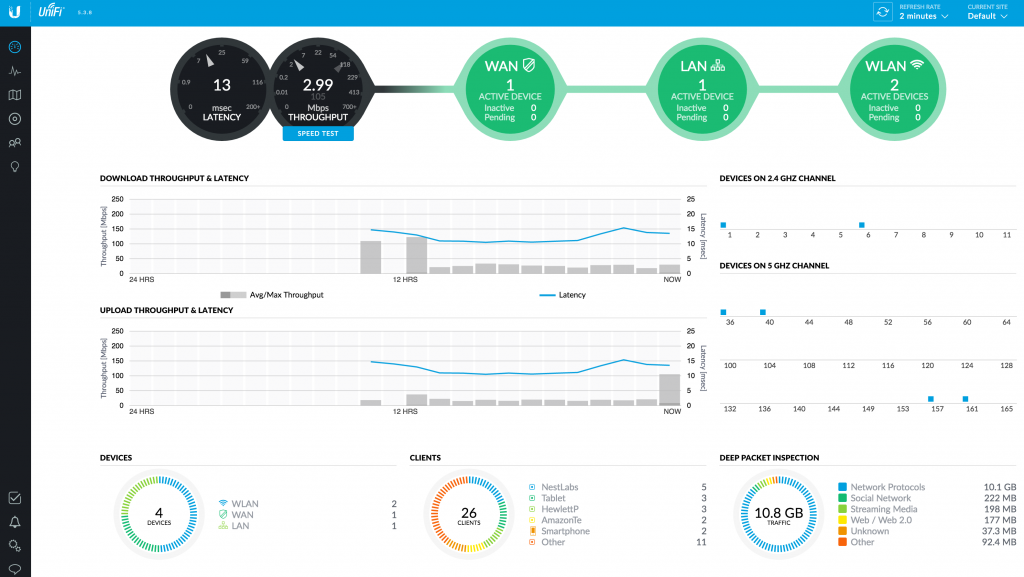 The home lab feels a lot more complete now that I’ve got some robust access points in the house and cleaned up some other cabling that was bothering my perfectionist tendencies. Looks pretty good to me. 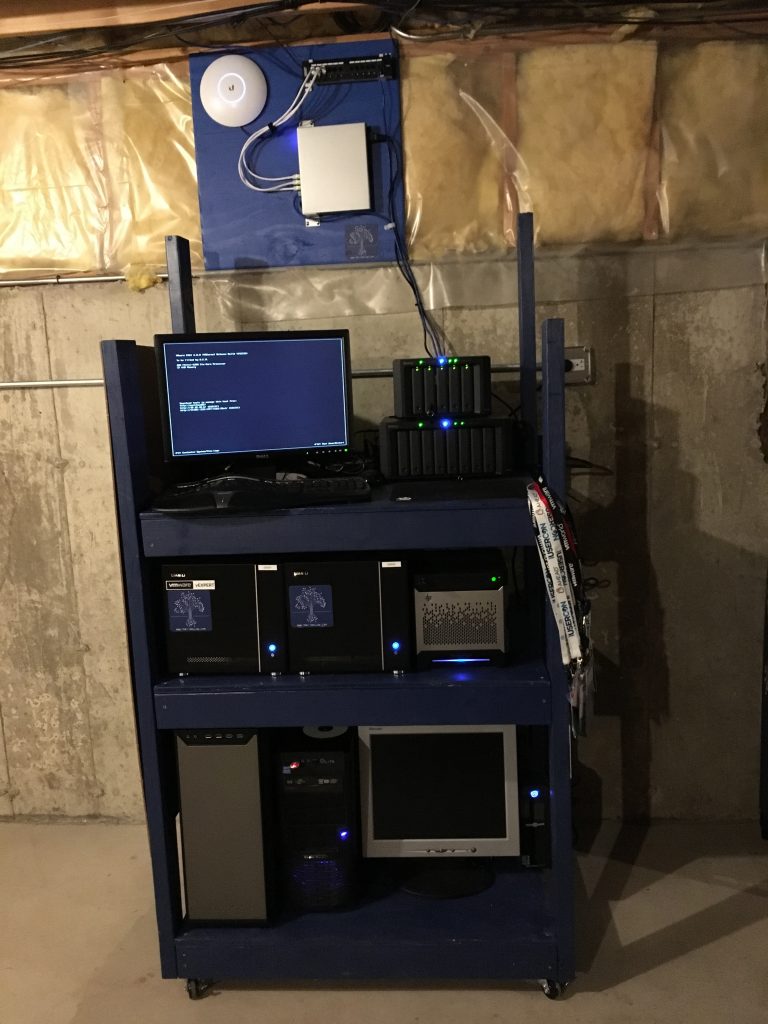 Are You Proud of What You’ve Done?