If we look specifically with fibre channel fabrics, we have several multipathing options to be considered.
There are three path selection policy (PSP) plugins that VMware uses natively to determine the I/O channel that data will travel over to the storage device.

Let’s look at some examples of the three PSPs we’ve mentioned and how they behave.  The definitions come from the vSphere 5 storage guide found below.
http://pubs.vmware.com/vsphere-50/topic/com.vmware.ICbase/PDF/vsphere-esxi-vcenter-server-50-storage-guide.pdf
Fixed Path

The host uses the designated preferred path, if it has been configured.
Otherwise, it selects the first working path discovered at system boot time. If
you want the host to use a particular preferred path, specify it manually. Fixed
is the default policy for most active-active storage devices.
NOTE If the host uses a default preferred path and the path’s status turns to
Dead, a new path is selected as preferred. However, if you explicitly designate
the preferred path, it will remain preferred even when it becomes inaccessible

So we’ll show 3 examples.  On the left we’ve shown the default path (manually set) to the storage system.  In the middle picture, we’ve simulated a path failure, and the fixed path has changed.  Then on the right, we’ve shown that when the failure has been resolved, the path goes back to the original path that was set. 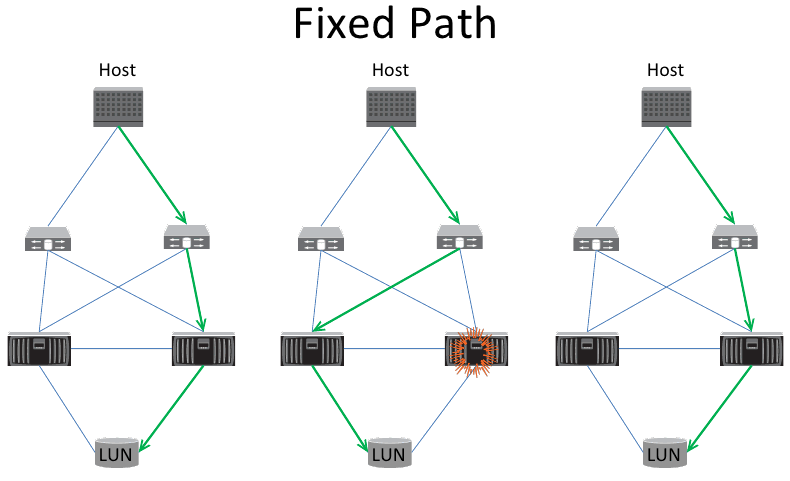 The host selects the path that it used most recently. When the path becomes
unavailable, the host selects an alternative path. The host does not revert back
to the original path when that path becomes available again. There is no
preferred path setting with the MRU policy. MRU is the default policy for most
active-passive storage devices.

Below we’ show 3 more examples.  This time we show the MRU policy.  On the left we see the default path that the MRU has chosen.  The middle picture shows a failure and what happens to the path selection.  So far, the MRU Policy looks the same as the Fixed Path Policy.  In the last picture (on the right) you’ll see the difference from Fixed Path.  When the failure has been resolved, the MRU policy does not go back to the original path. 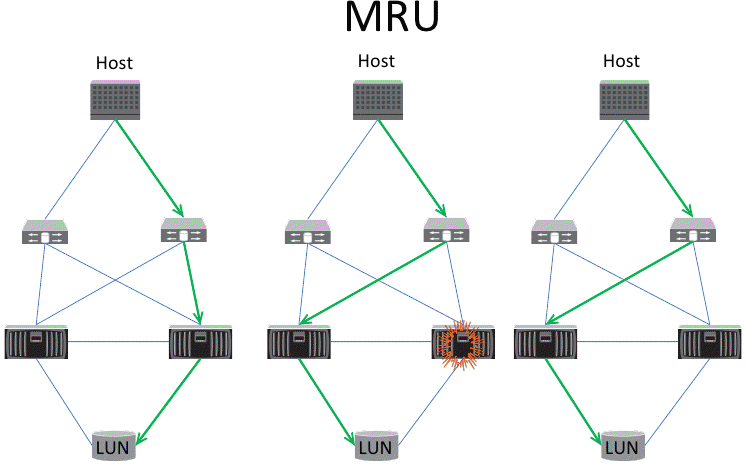 The host uses an automatic path selection algorithm rotating through all active
paths when connecting to active-passive arrays, or through all available paths
when connecting to active-active arrays. RR is the default for a number of arrays
and can be used with both active-active and active-passive arrays to implement
load balancing across paths for different LUNs.

Below we again have 3 examples.  This time we’re not showing any failures, but we are showing how the round robin policy selects one path, then another, then another and eventually repeats when all the available paths have been used. 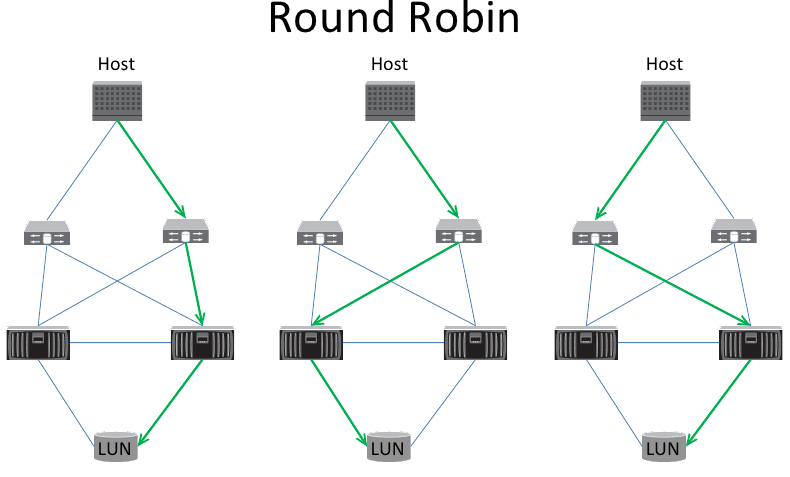 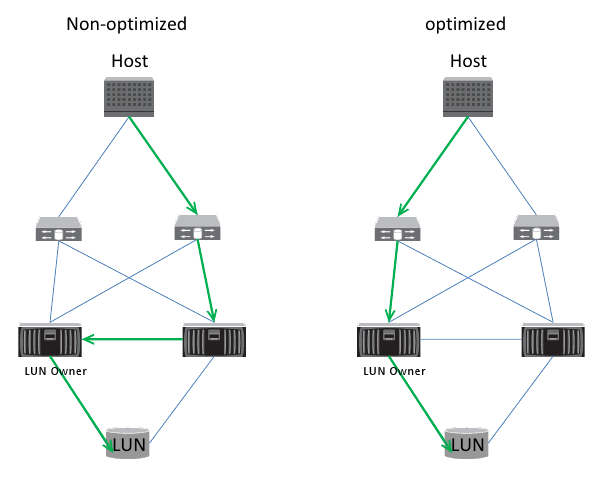 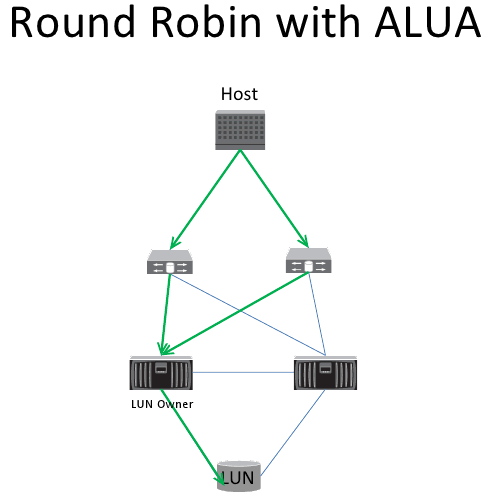 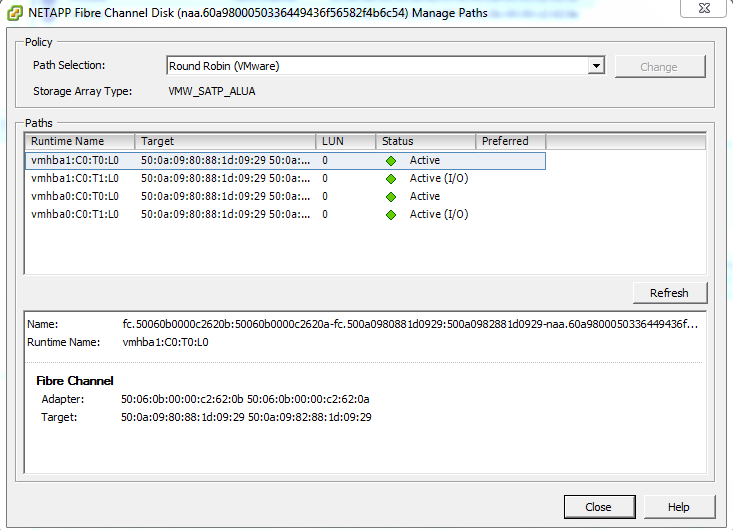 If you want to set your PSP for each path without selecting every path on the host, you can do so with the PowerCLI.